The COVID-19 pandemic has disrupted education systems around the world and created unique challenges for every student and teacher from primary level through to higher education. Emerging issues in education have renewed arguments and rethinking of traditional ways of teaching and learning. While schools have begun to reopen and travel has resumed, public health and crisis management concerns remain in place while education stakeholders contemplate the unknowns in the post-COVID frontiers in education.

It is with these concerns in mind that we welcome you to join us for the Honolulu Education Conference (HEC) to be held January 4-6, 2022.

Important Update: HEC2022 will be Virtual

Although COVID-19 infection rates are declining in many countries due to mass vaccinations efforts, health protocols to prevent the spread of COVID-19 remain in effect. In particular, travel restrictions and quarantine requirements have made it impossible for the majority of likely HEC2022 presenters as well as speakers and staff to travel to Honolulu, Hawaii for this event. In light of this situation, HEC2022 will be held as a fully virtual conference.

Fortunately, we live in a time when technology provides us with the means and opportunity to overcome such challenges. Therefore, all oral and poster presenters are invited to join us either live via Zoom or to submit pre-recorded presentations or virtual posters. 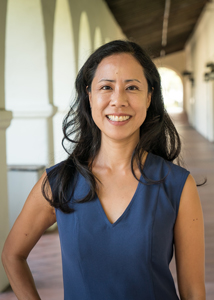 Lianne Urada, PhD, MSW, LCSW is an Assistant Professor at SDSU in the School of Social Work, with a focus on Community Development within the Macro Social Work track. She received her BA (Psychology), MSW, and PhD in Social Welfare at UCLA, and served as a Social Welfare Field Faculty member at UCLA for over four years. For the past five years, she was an Assistant Professor at UC San Diego in the Division of Global Public Health, School of Medicine and a National Institute on Drug Abuse T32 Postdoctoral Fellow. As an affiliated core faculty of the Center on Gender Equity, and Health and a Fordham University Research Ethics Training Institute Alumni Fellow, she has over 25 publications on women and men involved in the sex trade and sex trafficking in the Philippines, Russia, and Latin America.

She is currently a Principal Investigator and Co-Investigator on several federally and privately funded grants. She is currently a recipient of a 5-year National Institutes on Health (National Institute on Drug Abuse) K01 grant and received an NIH Fogarty International – University of California Global Health Institute GloCal award, both examining community mobilization and its potential to reduce HIV/STI risk and violence among substance-using females in the sex trade in Tijuana, Mexico. Recently, she served as a Technical Review Committee member for the United Nations Population Fund (UNFPA), reviewing studies on the prevalence of violence against women in the Pacific. She is also a Co-investigator for a nationwide U.S.-based Kaiser-funded community-based HIV Test and Treat Initiative and on a National Institute on Mental Health R01 Men Count study of HIV case management interventions with Black men in Washington DC. She is also involved in a study of national sexual violence prevention through sports culture via the California Coalition Against Sexual Assault, and in a critical review of the effectiveness of batterer intervention programs. She holds a California License in Clinical Social Work with over 7 years of experience working in direct practice with women, men, and communities impacted by HIV/AIDS in Los Angeles County. She is currently on the Board of Directors for Christie’s Place (transforming the lives of women affected by HIV/AIDS in San Diego). Jo Ann Oravec is a full professor in the College of Business and Economics at the University of Wisconsin at Whitewater in the Department of Information Technology and Supply Chain Management; she is also affiliated with the Robert F. and Jean E. Holtz Center for Science, Technology, & Society Studies, University of Wisconsin at Madison. She received her MBA, MS, MA, and PhD degrees at the University of Wisconsin at Madison. She taught computer information systems and public policy at Baruch College of the City University of New York; she also taught in the School of Business and the Computer Sciences Department at UW-Madison as well as at Ball State University. She chaired the Privacy Council of the State of Wisconsin, the nation’s first state-level council dealing with information technology and privacy issues. She has written books including “Virtual Individuals, Virtual Groups: Human Dimensions of Groupware and Computer Networking,” Cambridge University Press, and the forthcoming “Good Robot, Bad Robot: Dark and Creepy Sides of Robotics, Autonomous Vehicles, and AI,” Palgrave Macmillan Springer, along with more than eighty academic articles on education, futurism, ethics, artificial intelligence, disability, mental health, animal rights, technological design, privacy, computing technology, management, and public policy issues. She has worked for public television and developed software along with her academic ventures and has held visiting fellow positions at both Cambridge and Oxford. Dr William P. Kittredge is an internationally recognized expert and speaker whose recent activities include presentations at the Medinah Institute for Leadership and Entrepreneurship PALM5 and Visiting Scholar at the Asian Institute of Technology. He also serves as Associate Editor of Economic Development Quarterly, an international journal of record.

His opinions and articles have enjoyed extensive popular press coverage. Interviews have appeared on Bloomberg TV, Fox News, ABC, and NBC. He has also been interviewed on National Public Radio (US) and several regional radio stations. His opinions have been featured in articles in Bloomberg News, the New York Times, and USA Today. He has authored articles and opinion editorials in several prominent newspapers and journals, including The Economist and the Financial Times.

Brian Harlan, Office of the Provost, California Institute of the Arts, United States Biography
Brian Harlan is currently Associate Provost for Integrative Learning at California Institute of the Arts. Before working at CalArts, he was Assistant Dean of Academic Assessment and Planning at Occidental College, and prior to this, Director of Doheny Research Library, Access Services, and Assessment for University of Southern California Libraries. His books and journal publications cover a range of topics on music, academic assessment, and the philosophy of education. Stacey Jocoy is Associate Professor of Musicology at Texas Tech University, School of Music. Beyond investigating aspects of higher education pedagogy, her musicological work in Early-Modern Studies focuses on intersections between politics, staged music, and vernacular song of the sixteenth through eighteenth centuries. Her investigations into Shakespearean, Jacobean, and Restoration soundscapes consider how music—from street ballads to composed mad songs—was heard on the contemporary stage, what the music and surrounding aurality meant for contemporary audiences, and how this contextualized hearing can continue to impact modern audiences today.

INTESDA, The International Education for Sustainable Development Alliance, is a diverse community of educators, academics and nonprofit professionals founded in 2015, in part, to support the Sustainable Development Global Goals set by the United Nations. We are committed to addressing sustainable development issues through capacity building, advocacy, networking and sharing knowledge.

Mr. Yamada is a Charter and Founding Member of RID 2760 Rotary Club of Chubu Nagoya Mirai, where he also served as a special adviser of the Polio Plus Committee of Japan. Since 2011, he has organized and led multiple humanitarian and medical aid missions to India, Bhutan and elsewhere to assist with immunization efforts to eradicate polio and improve access to clean water and sanitation in rural areas. Mr. Yamada is also active in supervising activities and projects with friendship associations in central Japan aimed at strengthening ties with its diverse international community.

Michael oversees special programs, events and business development for INTESDA, which mobilizes ideas and raises awareness for sustainable development. Michael spent much of his formative and adolescent years growing up in Japan before returning to the USA where he excelled at San Diego State University and earned degrees in business and Japanese. Owing to his bicultural and bilingual heritage, Michael has spent the past twenty-five years working in education and training in Japan, which he now calls home. As a skilled Japanese-English interpreter, he recently worked for NBC during the Tokyo Olympics.

Gary Smith is an environmental and landscape photographer, mountain climber and filmmaker. His work has taken him all over the work and has deepened his passion and concern for climate change and its effect on the environment. In particular, his work has revealed the long term effects of air and water pollution around the Great Lakes and also within Japan. Gary holds degrees in mass communication, media arts and Japanese from Southern Illinois University, USA. He previously worked for an ABC News affiliate. He is also an alumnus of the JET Programme in Japan and served as coordinator for international exchange for the Ministry of Education in Tokyo. His academic interests include environmental studies, ICT and photography. Gary divides his time between his homes in Illinois, USA and Shizuoka, Japan.